The Department of Electrical and Electronic Engineering at The University of Manchester has a long history of researching and developing technologies for industrial applications. Engagement with the nuclear licenced site Sellafield started in 2008 with the WINES III AASN41P project which had the purpose of developing small wireless nodes capable of swimming around storage ponds, monitoring conditions. In 2011 the £20M Dalton Cumbrian Facility, DCF, was built, and with it Prof Barry Lennox appointed as its Research Director for Nuclear Engineering Decommissioning, he was also awarded the EPSRC Chair in Nuclear Decommissioning (2012-2015) which started the beginning of EEE’s robotics work in Cumbria. The Robotics for Extreme Environments Group, REEG, was formed in 2013 when Simon Watson joined the Dept. of EEE, and Research Fellows in nuclear engineering decommissioning were appointed at the DCF. Close engagement with key stakeholders in the local Cumbrian nuclear industry, lead to the interest of a small prototype submersible developed during the WINES III AASN41P project with 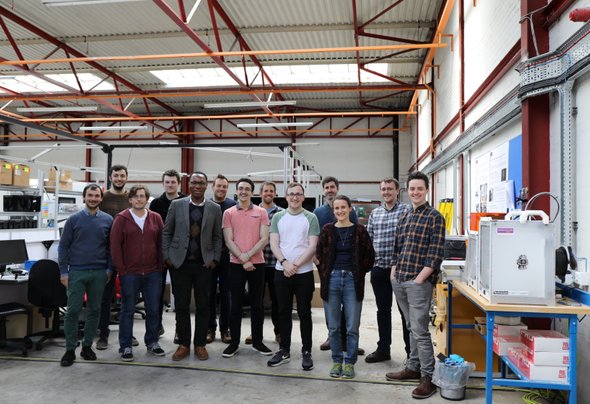 the view of it finding application in a pond with limited access. This resulted in the development of the AVEXISTM ROV which was funded through an EPSRC IAA and Sellafield Ltd. During 2014-2016 REEG grew in numbers welcoming new PDRAs and its first PhD researchers, including NDA sponsored students.

In 2015 a joint project with Lancaster University, the JAEA and NMRI was established to develop an AVEXISTM ROV for Fukushima, bringing together experts in robotics, detectors, nuclear physics and sonar. Our activities in Cumbria increased during this period with new researchers joining the group to develop underwater communications systems for the AVEXISTM ROV. In 2017 the Centre for Innovative Nuclear Decommissioning, CINDe, was established in collaboration with the UK’s National Nuclear Laboratory, Lancaster University, the University of Liverpool and the University of Cumbria. The first PhD cohort started in early 2017, based at the NNL Workington, Cumbria.

2017 was a pivotal year, securing the EPSRC funded £4.6M Robotics for Nuclear Environments programme grant and £3M HOME-Offshore project, which was focused on offshore wind.  These were followed up with the EPSRC funded £1.6M TORONE Project and the ISCF funded £12.2M Robotics and AI in Nuclear Hub. These awards lead to further growth of REEG, strengthened its links with current collaborators and established new partnerships within academia and industry.  In 2018, the group’s portfolio was both strengthened and diversified further with participation in 3 ISCF Innovation Lab awards in nuclear (A2I2), offshore wind (MIMRee) and mining (Prometheus).

In January 2018 the Robotics for Extreme Environments Laboratory, REEL, was established in Cleator Moor, Cumbria hosting researchers from The University of Manchester, UWE Bristol Robotics Laboratory, CINDe as well as industry secondees and project students. In November 2019 REEL became a regional node of the National Nuclear User Facility- Hot Robotics programme enabling users from industry and academia to use facilities as well as loan state-of-the-art robotics equipment.

Since its inception, REEG has successfully developed and deployed 5 state-of-the-art robotic platforms for the inspection of nuclear facilities; the AVEXISTM remotely operated vehicle (ROV) and MALLARD autonomous surface vehicle (ASV) for the inspection of aquatic environments and the CARMA, MIRRAX and Vega robots for the inspection of dry storage facilities.  All of these robots have been developed in close collaboration with end-users and are in different stages of being commercialised for wider use.  A spin-out company, Ice 9, has also been created to help facilitate technology transfer from the group into industry.

The Robotics for Extreme Environments Group (REEG) has 4 laboratories in Sackville Street Building, on the North Campus of The University of Manchester. The labs host researchers working on themes including UAVs, sensing and navigation, manipulators & swarm and bio-inspired & aquatic vehicles.

The Robotics for Extreme Environments Laboratory (REEL) in Cleator Moor, Cumbria, was set up to enable close collaboration with Sellafield and the nuclear supply chain in west Cumbria. REEL provides mock-ups and robotic equipment including mobile robots, Vicon-positioning system, radiation detectors, which enable the development and testing of robotics equipment for our nuclear related research programmes. 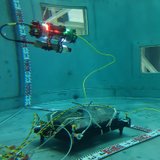 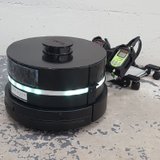 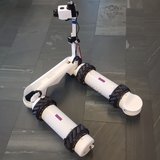 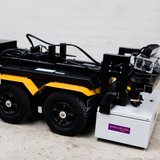 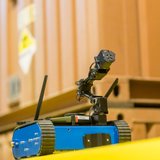 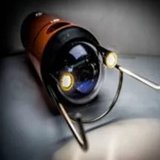 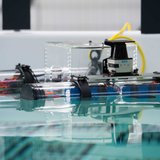 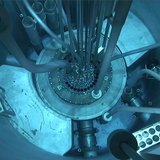 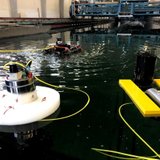 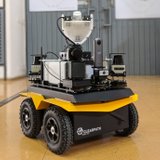 Dept. of Electrical and Electronic Engineering

The University of Manchester
Engineering Building A