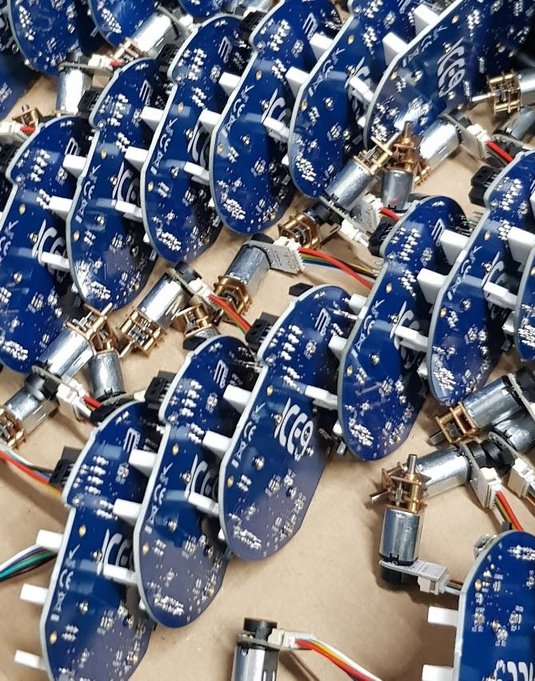 The MONA is a small, circular robot, 80mm in diameter, with 2 wheels controlled by brushed DC motors with in-built encoders as well as 5 x IR transmitter receivers along the front half of the robot. Based off the Arduino architecture, the MONAs can be programmed using the Arduino IDE, which has seen them used in undergraduate teaching labs to teach basic programming and circuit analysis techniques.

Much like Arduinos, the MONA is capable of carrying add-on boards to increase or adapt its functionality. Example add-ons are a wireless-charging board, a radio comms board, an IMU board, a Raspberry Pi Zero interface board, LDR board and a comms board adding wi-fi, Bluetooth and 360 degree IR communications. This comms board can also enable additional computing power to run ROS-serial, making it an attractive solution to any researchers using ROS to interact and control their robotic systems.

Mona: an Affordable Open-Source Mobile Robot for Education and Research

Dept. of Electrical and Electronic Engineering

The University of Manchester
Engineering Building A